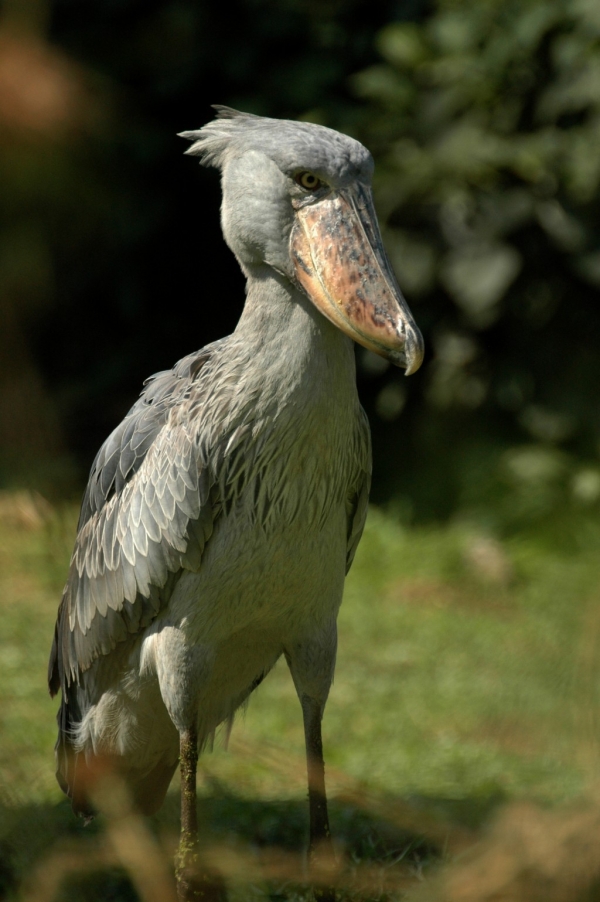 The Shoe-billed Stork is a very curious solitary bird also called Whale-Headed Stork, he is endemic to East and Central Africa. His size is gigantic for a bird and can be more than  130 cm. His bill looks like a wooden shoe but curved at the end. His eyes are funny, very big sharp and round. He used to inhabit swamps or marshes with papyrus and where the water is lacking of oxygen; the fishes then come near the surface and give him a better chance to catch them. His way for hunting is to wait, look and listen. When he got a prey, he often sways his head to decapitate it before swallowing 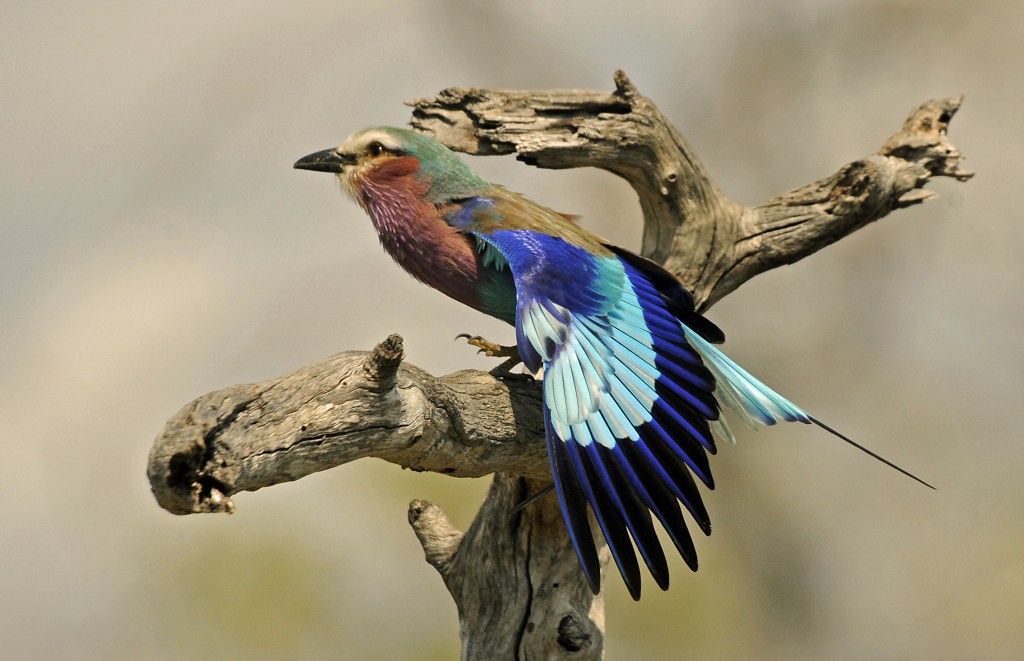